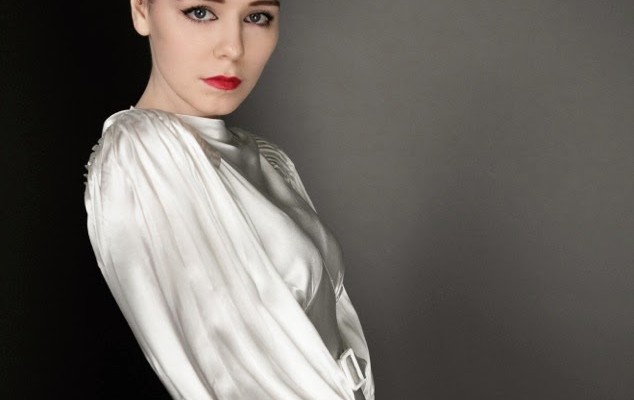 Who can resist the allure of the 30s, with all the glamour it conveys? I’m often intrigued by the gorgeous vintage wedding dresses I’ve sourced, so I have done a little research into the subject…

One question that interested me was, why it is so difficult to find beautiful gowns in great condition that pre-date the 30s? Well, the main reason is the introduction of Rayon. This fantastic strong fabric was originally called Artificial Silk, and was immediately embraced by all the major fashion houses. It was perfect for the draped styles of the day – it ruched and hung so beautifully, as it had a wonderful weight to it.

Rayon was also more affordable than silk too – a huge advantage during the Depression Era. So whereas so many of the 1920s silk and chiffon gowns have lost their appeal, due to the silk ‘breaking down’,  the stronger 1930s Rayon dresses can be restored to their full beauty with a little know-how and a lot of love. There are certainly some amazing vintage wedding gowns from earlier decades, but dresses from the 30s seem to have lasted so well.

The main influence for the shape of 1930s wedding dresses was Hollywood. As the Great Depression drastically altered peoples lives, Hollywood films offered escapism and glamour. And so wedding gowns were modelled on the evening gowns worn by the Stars.

Hem-lines had started to rise in the 1920s, but they fell right back to the floor in the 30s, and simplicity and pared-down elegance became the only way for the modern bride. Madeleine Vionnet’s 1920s and 1930s dramatic bias cut gowns had a huge influence on fashion, and revolutionised the way dresses fitted. Although this technique had been used earlier, in the 1930s it was developing into a new way of dressing.

Other features of the dresses – like the cowl neck and draping – reinforced the fluid idea of the design and became part of the whole. Low backs and open backs were subtly sexy, and combined with the sinuous fabrics, made a striking statement.

It was during also the 30s that the idea of a ‘white wedding’ really took root. This was not a new idea – the white wedding dress was originally popularised by Queen Victoria. But from the 30s onwards, manufacturers started to produce gowns specifically for the bride, and the bridal gown became a cherished possession.

The white dress was promoted as an ideal from an earlier age. During the First World War and the Depression, brides had simply worn a suit or a day dress, so the new style of wedding dress heralded a return to glamour and romance.

The dresses required little in the way of ornamentation. Diamante dress clips were worn and still look great today. And beaded necklines were also popular in the later part of the decade. Technological developments during the 30s meant that costume jewellery was better made and much more widely available. There are many fabulous examples of 1930s diamante brooches and dress clips in fantastic condition, which look perfect with a satin gown.

At present I have around eight or nine beautiful 1930s vintage dresses – priced between £695 and £1050. (Dresses of this age are never lined as the ladies always wore a slip, so the price includes an individually-matched slip of the same age and style as the dress).

And of course, my vintage-inspired Heavenly Collection features a number of 1930s-style dresses such as Violette shown here in different versions, priced from £1350.

I also have about fifty other vintage wedding dresses for sale for sale from every period, and the only way to find the best one for you is to pop over to visit me and try them on!

Hope to see you soon,